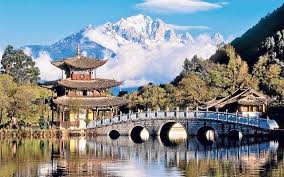 China is a huge country in Eastern Asia with the world's largest population. China is a very diverse place with large variations in culture, language, customs and economic levels. The economic landscape is particularly diverse. The major cities such as Beijing, Guangzhou and Shanghai are modern and comparatively wealthy. China has many domestic flights connecting all the major cities and tourist destinations. Train travel is the major mode of long-distance transportation for the Chinese themselves. Their extensive, and rapidly expanding, network of routes covers the entire country. Chinese history has been bestowed with various medicines and phenomenal healthcare treatments. China has turned out to be the main appeal for global students who're interested in pursuing an education in distinctive disciplines in China. Medical Science is also a specialized line of schooling that is in the excessive call for global aspirants as China proffers high teaching standards, thorough learning and eminent career opportunities after MBBS. The MBBS application process in China is convenient. However, right guidance at every step during admission is essential. Our skilled counsellors deliver free guidance and other assistance required to study MBBS in China. 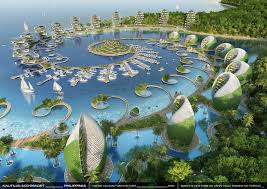 Philippines is the third Largest English speaking country in the world. More than 95% of its population speaks English, which is its official language. 20,000+ foreign students to Philippines each year for education in Engineering, Medical, Dental, Nursing, Shipping, etc. High quality education, safe and conducive environment and affordable fee structure and other associated expenses are one of the primary reasons for international students to opt for higher education in the country. Apart from these, with a degree of the educational institutes in this country, you can explore job opportunities in different countries in the world. Medium of instruction for these courses is only English. Academic calendar begins in June and extends till March. A year comprises of two semesters, one from June to October and the other from November to March. Its capital city is Manila; a Mega city with over 20 million population. The dominant religion is Catholic Christianity with over 93% of the population following it. Philippines is also the largest exporter of Nurses and doctors to the United States. It has a very high education standard with more than 5000 Indian students studying medicine in the Philippines. 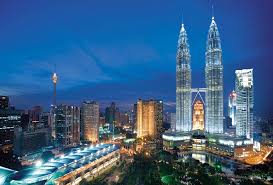 Malaysia is a federal constitutional monarchy located in Southeast Asia. It consists of thirteen states and three federal territories and has a total landmass of 330,803 square kilometres separated by the South China Sea into two similarly sized regions, Peninsular Malaysia and East Malaysia. Peninsular Malaysia shares a land and maritime border with Thailand at the north and maritime borders with Singapore at the south, Vietnam at the northeast, and Indonesia in the west. Malaysia has its origins in the Malay kingdoms present in the area which, from the 18th century, became subject to the British Empire. The first British territories were known as the Straits Settlements, whose establishment was followed by the Malay kingdoms becoming British protectorates. The territories on Peninsular Malaysia were first unified as the Malayan Union in 1946. Malaya was restructured as the Federation of Malaya in 1948, and achieved independence on 31 August 1957. 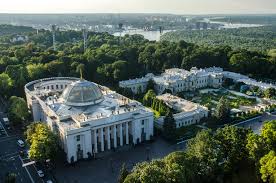 Ukraine is a country in Eastern Europe. It lies at the northwest end of the Black Sea, with Russia to the east, Belarus to the north, Poland to the northwest, Slovakia and Hungary to the west, and Romania to the south west and south, with Moldova in between. Ukraine offers English as a medium of education. All the faculty and staff have a good hand in English making it easier for Indian students to understand and perform. Another important reason to study MBBS in Ukraine is that Ukraine has no corruption at all. Universities don't ask for donations and you do not need and agent who will charge you for taking admissions in MBBS universities. But the most important thing that a student considers before getting a higher education is the education standards in the host country. Best teacher: student ratio, high standard of curriculum and attention to each student makes Ukraine one of the best places to study.

Russian Federation is a country that is mostly in Asia and partly in Eastern Europe. It is the largest country in the world by land area. About 142.9 million people live in Russia. The capital city of Russia is Moscow. The most renowned and convenient transportations in the country are air and railway transports. This massive land spanning from west to east is cleaved into 11 time zones that signify, if there is a sunset on the European side of the country then the Far East part of Russia witness a sunrise. Out of innumerable tourist attractions, Moscow Kremlin, Saint Basil's Cathedral, Hermitage Museum and Winter Palace are some of the eminent sights people around the world visit Russia for. Once you are in Russia for a prolonged time span, you'll have a lot more to witness and admire in Russia. Russia with a large number of reputed MCI recognized universities is a right place for Indian students to peruse their medical degrees. Even with a high standard of education medical studies in Russia is affordable for students. Admissions without an entrance exam makes it easy for students who aspire for education overseas. 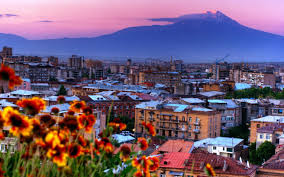 Armenia is a unitary, multi-party, democratic nation-state with an ancient cultural heritage. Urartu was established in 860 BC and by the 6th century BC it was replaced by the Satrapy of Armenia. The Kingdom of Armenia reached its height under Tigranes the Great in the 1st century BC and became the first state in the world to adopt Christianity as its official religion in the late 3rd or early 4th century AD. The official date of state adoption of Christianity is 301. The ancient Armenian kingdom was split between the Byzantine and Sasanian Empires around the early 5th century. Between the 16th century and 19th century, the traditional Armenian homeland composed of Eastern Armenia and Western Armenia came under the rule of the Ottoman and Iranian empires, repeatedly ruled by either of the two over the centuries. By the 19th century, Eastern Armenia had been conquered by the Russian Empire, while most of the western parts of the traditional Armenian homeland remained under Ottoman rule.